Why we should be worried by Mthuli Ncube’s budget 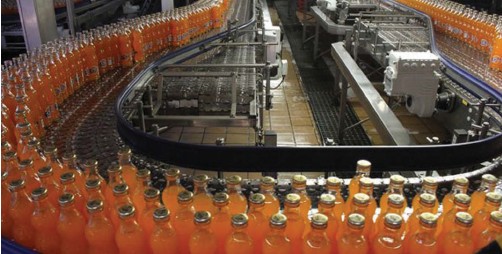 BY TATIRA ZWINOIRA LOCAL financial services firm, IH Securities, says reviewing civil servant wages and the tax-free threshold will cushion consumers. But the problem is in last week’s mid-term budget review, Finance and Economic Development Minister Mthuli Ncube failed to raise the tax-free threshold in line with the cost of living. In the 2022 Mid-Term Review and Supplementary Budget Treasury raised the monthly income tax free threshold to $50 000 from $25 000. However, in figures released a day earlier from the Zimbabwe National Statistics Agency (Zimstat), the monthly cost of living for an average family of six was $140 874 last month, a figure which is way beyond what most consumers can afford. Further, most workers in the public and private sectors are earning about US$200, which means that using the official rate a person earns at least $91 002 monthly. This means that even with the new income tax free threshold, workers are still being taxed at a time when the parallel forex rate of US$1:ZWL750 continues to erode salaries. “The Mid Term Budget itself seemed aimed at the consumer side of the equation to defend disposable incomes and therefore support consumer demand levels. Reviewing civil servants’ salaries and tax-free thresholds will go a long way in cushioning the formally employed consumer,” IH Securities said. “The recently released Delta trading update is a testament to resilient demand despite rampant inflation. Consumer facing stocks are likely to benefit from the upward adjustment in the tax-free threshold and increase in the exempt portion of bonus.” Delta is one of southern Africa’s biggest beverages operations, and the biggest in Zimbabwe. Spending patterns in the firm’s products generally gauges the capacity or lack of it. IH Securities noted that there was urgency in the need for the authorities to address the situation as confidence levels had weakened over the first half of the year. This, IH Securities continued, was evidenced by frequent, erratic movements in the parallel exchange market and an increase in rent seeking behaviour, which is said would continue to affect the economy and consumer buying power. IH wants these to be addressed to stimulate consumer demand and reignited gross domestic product growth. As a result of the local currency depreciating, from $108,66 at the beginning of the year to $455,01, against the greenback on the official market, the environment has become inflationary. According to Zimstat, the annual infla tion rate had risen to 256,9% last month, from a June comparative of 191,6%. This means that consumer wages are losing their power purchasing parity monthly. Thus, without Treasury support geared to more social needs many will be left struggling to buy food and afford other basic commodities and services as is being reported by the United States Agency for International Development. In a post budget analysis, Zimbabwe Coalition on Debt and Development (Zimcodd) noted how despite a supplementary budget, the authorities also failed to address food security in response to monthly consumer budgets being eroded. “The Mid-Term Budget & Economic Review is yet another pronouncement which does little to nothing for the poor. While the economy is tightening, support for the marginalized is not considered a priority,” the Zimbabwe Coalition on Debt and Development (ZImcodd) said, in a post budget analysis. “The minister missed an opportunity to adequately address key concerns around food security and climate change, especially as we face the next farming season. This at a time when we are set to import maize when local producers are not being compensated well. The country then loses in forex which could be used to fairly compensate local producers.” Ncube only added a supplementary budget of $61,8 billion towards social benefits, up from an approved allocation of $35,9 billion, representing an increase of 172,11%. Yet, the depreciation of the official forex rate is 318,74% this year. Zimcodd added that the lack of support geared towards social needs meant that the year 2022 marked the end of Prof. Mthuli’s (Finance minister Mthuli Ncube) budget surplus hoax since he presented a Supplementary Budget for the first time since his instalment. Ncube became Finance minister in September 2018. “The Treasury is requesting additional spending of ZWL929.3 billion on top of the initial 2022 approved budget of ZWL968,3 billion putting spending projections for the Jan-Dec 2022 fiscal year at ZWL1.9 trillion,” Zimcodd said. “A supplementary budget was inevitable as ravaging ZWL depreciation had significantly eroded the real value of the 2022 approved budget from US$8.4 billion (US$1: 115.42) in January to US$2.6 billion (US$1: ZWL370.96) as of the end of June 2022.” ZImcodd continued: “It is also worrisome to note that despite a tightening economy that has plunged 40% of the population into extreme poverty, a paltry 3.4% of the ZWL929.3 billion additional spending is earmarked for social welfare.” “It is our position that without addressing the root causes of current currency volatility, the announced supplementary budget is inadequate to keep citizens out of poverty,” Zimcodd said. In summary, Zimcodd said the Midterm budget and Economic Review failed to address the public’s expectations of some bold measures to cushion vulnerable groups, strengthen the ZWL and subdue chronic price inflation. Zimcodd suggested several ways in which the Treasury could avail funding to support the increasing vulnerable population now estimated at more than 50%. These are: “Closing leakages caused by corruption and Illicit Financial Flows; A debt audit to rationalize the debt stock and make way for legitimate borrowing supported by parliamentary oversight. In the same vein, ceasing deals such as the Pomona scandal which has started to accrue yet it had no initial parliamentary approval; Reducing RBZ interference in foreign exchange markets by completely floating the ZWL exchange rate will help subdue burgeoning parallel market exchange premia; Liberalizing or doing away with the forex auction system that is promoting rent-seeking behaviors i.e. selling foreign currency below its true market value; and Clamping excessive ZWL liquidity growth that is exerting massive depreciation pressures. The government should spend within its budgets by abolishing quasi-fiscal activities.”