No effective treatment for stomach flu 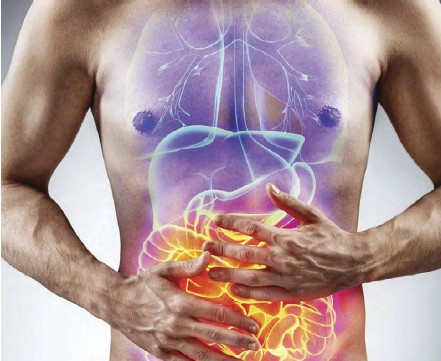 STOMACH flu is the name often given to viral gastroenteritis, which is an intestinal infection with signs and symptoms that include watery diarrhoea, stomach cramps, nausea or vomiting and often fever. Stomach flu is most commonly caught through contact with an infected person or by consuming contaminated food or water. If you are generally healthy, you will likely recover without complications. However, stomach flu can be deadly when it attacks young children, older adults and people with compromised immune systems. There is no effective treatment for stomach flu, so prevention is important. Always try to avoid food and water that may be contaminated. Wash your hands thoroughly as often as possible. Symptoms Although viral gastroenteritis is commonly called stomach flu, it is not the same as influenza. The common flu affects only your respiratory system, which is your nose, throat and lungs. Gastroenteritis, on the other hand, attacks your intestines, causing symptoms such as watery but usually non-bloody diarrhoea, nausea, vomiting, stomach cramps and pain, occasional muscle aches or a headache and a low-grade fever. Depending on the cause, viral gastroenteritis symptoms may appear within one to three days after you are infected. These can range from mild to severe. Symptoms usually last just a day or two but occasionally they may last for up to two weeks. It is easy to confuse viral diarrhoea with diarrhoea caused by bacteria, such as Clostridium difficile, salmonella and Escherichia coli, or parasites such as giardia lamblia because the symptoms are similar. Causes Most people become infected with viral gastroenteritis when they eat or drink contaminated food or water. You may also be likely to get gastroenteritis if you share utensils, towels or food with someone who has one of the viruses that cause the condition. Many viruses can cause gastroenteritis. These include noroviruses. Both children and adults are affected by noroviruses. This is the commonest cause of foodborne illness worldwide. Norovirus infections can sweep through families and communities. It is especially likely to spread among people in confined spaces. Although in most cases, you pick up the virus from contaminated food or water, it can also spread between people who are in close contact with each other or who share food. You can also get the virus by touching a surface that has been contaminated with a norovirus and then touching your mouth. Rotaviruses can also cause stomach flu. This is the commonest cause of viral gastroenteritis in children worldwide. Small children tend to put their fingers and other objects in their mouths. If these are contaminated by a rotavirus that causes gastroenteritis, this can result in their becoming infected with it. Rotaviruses can also spread through contaminated food. The infection is most severe in infants and young children. Adults infected with a rotavirus may not have symptoms but can still spread the illness. This is of particular concern in institutional settings such as nursing homes because adults with the virus unknowingly can pass on the virus to others. Some shellfish, especially raw or undercooked oysters, can also make you sick. Contaminated drinking water is a cause of viral diarrhoea. However, in many cases the virus is passed when someone with a virus handles food you eat without washing his or her hands after using the toilet. Prevention The best way to prevent the spread of intestinal infections is by taking some precautions. You can start off by getting vaccinated. A vaccine against gastroenteritis caused by rotaviruses is available in many countries, including Zimbabwe. When given to children in the first year of life, the vaccine appears to be effective in preventing severe symptoms of stomach flu. Other precautions include washing your hands thoroughly. Make sure your children do so too. If your children are older, continuously urge them to wash their hands, especially after using the toilet. Wash your hands after changing diapers and before preparing or eating food. It is best to use warm water and soap and to rub your hands together well for at least 20 seconds. Wash around cuticles, beneath fingernails and in the creases of the hands then rinse thoroughly. You could also consider carrying sanitising wipes and a hand sanitiser for times when soap and water are not available. Use separate personal items around your home. Avoid sharing unwashed eating utensils, drinking glasses and plates. Always use separate towels in the bathroom. When cooking, make sure you prepare food safely. Wash all your fruit and vegetables before eating them. Clean kitchen surfaces with a disinfectant before preparing food on them. Avoid preparing food if you are sick, especially with stomach flu. Keep your distance. Avoid close contact with anyone who has the virus, if possible. If someone in your home has viral gastroenteritis, disinfect hard surfaces, such as counters, taps and doorknobs. Avoid touching laundry that may have been exposed to a virus. If someone in your home has viral gastroenteritis, wear gloves while touching laundry. Wash clothing and bedding in hot water. If you have a clothes dryer, dry the clothes on the hottest setting. Wash your hands well after touching the laundry. Take precautions when travelling to other countries to avoid becoming sick from contaminated food or water. You may be able to reduce your risk by drinking only wellsealed bottled or carbonated water. Avoid ice cubes, because they may be made from contaminated water. Use bottled water to brush your teeth. Avoid raw food, including peeled fruits, raw vegetables and salads, which has been touched by human hands. Avoid eating undercooked meat and fish as well. The information in this article is provided as a public service by the Cimas igo wellness programme, which is designed to promote good health. it is provided for general information only and should not be construed as medical advice. Readers should consult their doctor or clinic on any matter related to their health or the treatment of any health problem. — igo@cimas. co.zw or whatsapp 0772 161 829 or phone 024-2773 0663